Some Foods is Harmful For Brain Health

There are hundred and thousands of foods good for brain health, but there are some other foods or types of foods that can hurt the brain, shrink the brain, can cause Alzheimer’s disease, dementia, and memory loss. Foods responsible for memory loss and other brain diseases should be cut out from dietary choice. A healthy life does not depend only on good physical health, but on sound mental health. Mental health influences regular life 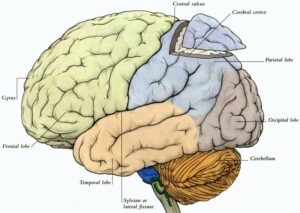 casting a positive or negative influence on the rhythm of life such as sleep, hunger, thirst, mood and other issues. To cope up with the pace of life nowadays, sound brain health is essential and dietary behavior is a core factor of it. Here we briefly discuss foods harmful for human brain that can cause the above mentioned brain disorder.

1. Fast Foods
High-fat foods cause inflammation to hypothalamus and maximum of fast foods are with high fat in nature. Studies and researches shown, though fast food is a powerhouse of energies, good for health, intake in high doses can affect your brain and responsible for depression, shrinking brain and other brain disorders that cause inflammation to hypothalamus and can also dehydrate the brain.

2. Salty Food
Try consuming sodium appropriate and avoid adding extra salt, raw salt in your salads, fruits, green vegetables or in foods while cooking, it will affect or even lessen the food value as well as affecting the brain health or activity of the brain. Studies revealed that salty foods hard the brain and the heart as well. People consuming high degree of salt have less active brain reflection than people consuming appropriate degree of slat- that researches shown.

3. Copper and Iron Supplements
Sometimes physicians advise copper and iron supplements for the betterment for Alzheimer’s disease, but unnecessary consumption or consumption without advice from a registered physician could be harmful despite these types of supplements contain some minerals good for health. Excessive consumption of these types of heavy metal could increase the level of those heavy metals in the body, resulting in block certain cells and hamper communication system in the nervous system, kill brain cells and other nerve cells.

4. Foods with Pesticides
In some researches, it is found that consumption of foods with pesticides for a long period of time is responsible for Parkinson’s disease. The researcher found that the rate of neurons losing of the people taking foods with pesticides is bigger than that of people who intake organic foods. So, try at your level best to intake organic food, though it is less available and costly than that of the chemical based food system, not only for your brain health only, but for the entire betterment of your physical health and a healthy cheerful long life.

5. Farmed Salmon & Tuna
Seafood is good for health even for the brain health, but some sea foods contain high levels of mercury in it in injurious to human health. Farmed Salmon and Tuna contains that level of mercury in it. Try to take wild Salmon and avoid Tuna otherwise, it may cause a drastic effect on the cognitive function resulting lack of reasoning, memory, attention, and language disorder.

6. Added Sugar
Appropriate sugar consumption is good for the brain function because brain gain energy from it but to much sugar consumption is responsible for some physical disorder such as type 2 diabetes, producing excess insulin in the pancreas, slow cognitive ability, cancer and some kind of health diseases. Diet with added sugar will lead you at a risk to brain-busting inflammation. Keep a keen eye on not to consume extra sugar and such kind of foods with hidden sugar.

7. Fried Foods:
Green vegetables, fruits, nuts, and salads are beneficial for the brain, but on the other hand fried food is not good for it and responsible for some neurological diseases like Parkinson’s and Alzheimer’s diseases. Cooking oil is responsible for releasing some agents that can increase the risk of such kind of agents when they are heated in a high degree of temperatures. Try to cook your food in a medium or low temperature and use the very appropriate amount of oil in cooking and don’t fry your food at a high level.

8. Processed Foods
For all, especially for children’s brain health, processed foods are harmful. Preservatives used in the processed or canned foods contain 3,000 plus chemicals can affect the nervous system and brain damage. Synthetic food additives may damage brain cell, cast bad effect in behavior and cognitive function hyperactivity in children. Keep away your children from processed foods with synthetic food additives and habituate them consuming homemade healthy foods.

9. Saturated Fat
Saturated fat is responsible for weakening the memory as much as new memory can be faded out within ten minutes. It also disables the fighting forces that fight against the formation of Alzheimer’s-linked brain plaque lead people at a risk of suffering from Alzheimer’s disease.

10. White chocolate, Soda, and Full-fat ice cream
Soda drinker suffers from depression and anxiety than that of the non-drinkers, found in research conducted by the Journal of American Public Health. Cut soda as a regular drink of your dietary choice. As we told about the bad effect of saturated fat on the brain, full fat ice cream loaded with a huge amount of saturated fat could be a bad choice for the brain health Dark chocolate is good for the brain, but on the other hand white chocolate without any solid coca with a high concentration of sugar could be harmful the brain function.

The brain is such an organ that controls and accelerates all your body and mind function and work as a strike force. Good mental health is the key force of your life and without it the world becomes difficult to live. So, choose your diet that is helpful to keep your brain function Ok and avoid the foods that are responsible to hamper the normal brain function. When your brain stop thinking, you are a dead man even though you are biologically alive.