Why is Red Meat Bad For You ? Learn Red Meat Side Effects

A debate is still on and there are confusions and controversies still there, whether consuming red meat is good or bad for human health. In some cases, researchers say that with its healthiest nutrients it is beneficial for health, but on another point of view, it is harmful to the human health because of some elements found in red meat. Red meat from grass-fed animal with a lean cut is beneficial, but meats cut with saturated fat from farmed can be disastrous. 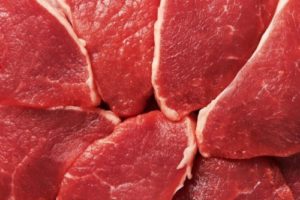 The Inuit people take red meat as a staple, but their average health condition is better than that of the people from another nation as they consume red meat comes from grass-fed animal and organic sources. Animals that have scope to roam free and their food as grass and edible plants are good source red meat less harmful to the human health. In this article, we discuss why is red meat bad for you and the side effects of red meat in brief when it is taken excessively in amount.

Red meat is responsible for cardiovascular disease. Scientists have found a link between consuming huge amounts of red meat and the risk for heart disease. Not only the bad cholesterol and saturated fat but the ‘carnitine’ found in it that produces the trimethylamine-N-oxide or TMAO which is responsible for hardening or clogging of the arteries. It is also associated with atherosclerosis. If the ‘carnitine’ is increased to a high level, it may increase the risk of a heart attack.

Red meat can increase the risk of causing cancer in colon and rectum. People with a genetic tendency can be affected with colorectal cancer if they consume a huge amount of red meat and processed meat as found in some research. It can collapse the immune system in the colon and develop inflammation and develop tumors in it. In the people who are from the age group of 50 to 74 are at that risk if of affecting colon and rectum cancer if they consume a large amount of red meat. To meet the protein demand, the people from that group can take fish or organic fowl instead as that are a good choice for colon and rectum.

Red meat gets bigger the risk of type 2 diabetes. Besides added sugar, red meat can put people at a risk of type 2 diabetes if they take it three times in a week, it is even riskier than having white chocolate, cake or ice cream at the same scale. “Diets rich in animal products contribute to the increased risk incidence of obesity as well as type 2 diabetes in the U.S.” as said by Dan Nadeau, MD, an endocrinologist at Mary and Dick Allen Diabetes Center at Hoag Hospital in Irvine, California.

Red meat from the BSE affected cow can be responsible for mad cow disease. It is rare in the United States, so far only three cases are found where human being affected it with the human form of this disease called variant Creutzfeldt-Jakob disease, or vCJD. It is a fatal disease that attacks the brain and turns it spongy and disables to work.

Red meat increases the risk of breast cancer. A research conducted by Harvard found that women who intake higher amount of red meat are at the risk of hormone-sensitive breast cancer than the women who take fewer. Women who take six ounces and above the amount of red meat per day in their early stage (under 40) in life may have the possibility to affect with a breast cancer in the later stage in life (50 and above). Though red meat is not the main cause for it but is one of the main factor in such cases.

Red meat consumption can hamper your social life. Many of your friends, loved one is veggie and they may not feel good to share their time with you at a dinner table. On the other hand, people who love cows that are the main source of red meat may take your red meat consumption to heart.

Red meat is like a two sided knife with sharp blades. It may be harmful to the human body and it may be a good source of nutrition for the human body depends on how it is taken. The nutrition of red meat is greatly dependent on the way the meat is prepared. Try unprocessed red meat, removing the visible fat from it, the fat content will be substantially reduced. The nutritional value of red meat depends on which part of the animal is taken. If you take the lean cut of the red meat with no visible fat it would be a better choice, if not, it can do harm you as stated above.

You may also learn : The benefits side for your health